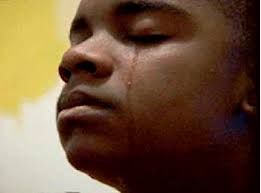 “Dad!” She shouted and went to hug him. He was a tall man of about seventy-two years but still active. As a professor, he was always moving from one country to another. They had been in the States for almost two years and not setting their eyes on him. He was such a busy man.

“How are you, my daughter?” He asked looking her up and down. He was proud to have her as a daughter. Such a pretty girl. He had been overly protective of her while she was growing up. All the boys liked her, and he didn’t want them to get her pregnant so that they can marry her and enjoy his wealth. He needn’t have worried because she was a good girl.

“Am fine daddy and you look well?” she said

“Where is my little boy,” he said looking around

“He’s in school daddy” she replied.

“He went to attend to some matters. We will soon be going back to Nigeria.”

“Ok, but what were you doing before I came in? You were lost in thoughts. I’ve been standing over here for a while observing you” they went to where she was seated before and picked the framed photograph.

“Was watching a picture. Take a look” she gave it to him and watched as his mouth opened. She wasn’t surprised at his reaction, and she knew what was in his mind.

“Who is this?”He asked pointing at Chibuzo.

“That’s a boy that helped me find Samuel at the village. I took him back to Abuja with us, and he lived with us” She looked at his father and was shocked. He was crying.

“What is it, daddy? She asked concerned.

Her father kept on crying and clutching the picture tightly in his hands. Her husband came in at that moment smiling, but it vanished when he took in the scene.

“Is he sick?” He asked. His wife shook her sideways

“What is the matter?” He mouthed the words.

“I don’t know. One minute we were looking at the picture, the next he’s crying”

After about five minutes, he composed himself. His eyes were wet and red. They waited for him to begin even though they were dying of curiosity.

“Adaobi” he called her. It has been long he called her that. It was only when he was so serious and wanted her to listen carefully that he called her that. She can still remember the last time he called her that name. It was the day she was leaving Nigeria to study. He had admonished her to focus on her studies. Every other thing will come in due course. She had been irritated but kept quiet. And now here he was calling her the same name. She went closer to him so that she can hear him very well.

“Dad, what is it? She asked with uncertainty.

“I think I have found your sister” he blurted out.

“What?” Husband and wife said at the same time

“Daddy how? Where? I have a sister?” Mrs. Grace asked hopefully.

“Yes my dear, you have a twin sister. She is older than you by five seconds” Her father said.

“What happened to her?”

“I will tell you but first tell me all you know about this boy chibuzo,” he said looking expectantly. Mrs. Grace didn’t know what Chibuzo had to do with what him finding her sister, but she complied. She told him everything Chibuzo told her. She noticed that when she got to the part of Chibuzo’s mother dying, her father winced and tears rose in his eyes. When she finished narrating this, the next thing her father said shocked her.

“Chibuzo is your sister’s Son.”

“She was taken when your mother went to take her bath.”

“My mother? I thought you said that she died after giving birth to me” she accused. Her father had been keeping many things from her all this while, and she wasn’t happy about it.

“That is what I told you, but I had to tell you that so that you don’t continue asking questions.”

“Ok, but how did she die? Her father took a long time before replying.

“She died after realizing your sister had been taken. She just slumped and died. It was a nurse who had gone to check on her that found her some minutes later. We searched everywhere for your sister, but we never found her. We thought the person who had her would call and demand money, but he or she never did” he withdrew something from his pocket and showed her. It was a picture of two children. They didn’t look identical. The picture looked worn out and had been folded several times.

“I’ve been with that picture for thirty-eight years. I thought by being with it, I will find her, and now I did, but it’s too late.”

“But daddy, are you sure she’s the one? She asked

“Yes, she is. Her son’s birthmark is exactly where hers was. Look closely at the picture” it was true. The infant had it at the same place Chibuzo’s own is.

“Where is my grandson? I need to see him” he asked. Husband and wife looked at each other. They didn’t need to say it out because they were thinking the same thing. It’s time to go home.

Seven days later, they got to Nigeria, but to their astonishment, their house looked deserted. Since it was eleven am, they all went to Chibuzo’s school but were shocked. Chibuzo did not come back to school. Their principal said. He remembered Chibuzo because he had come first in the whole Jss1.

The person that came second was sixty points lower than his average. It was the first time such a thing happened since the history of their school. They had all waited for him to resume to give him an award but he didn’t show up, and since they heard about the problem he had and about his departure, they assumed that chibuzo had traveled with him and his family.       As they were leaving, a boy ran up to them. After greeting them, he told them his name was Slimzy and a friend of Chibuzo. Their countenance brightened but fell when he asked them why Chibuzo didn’t come back to school. They told him they were just returning after being away for almost two years. They didn’t know where Chibuzo was. The boy sadly went back to Class. When they got home, Hon. Igwe tried Madam Cecilia’s number but was told that the number was out of service.

EPISODE 23 – AFTER THE RAIN by Joyce Chioma

EPISODE 22 – AFTER THE RAIN by Joyce Chioma

EPISODE 21 – AFTER THE RAIN by Joyce Chioma